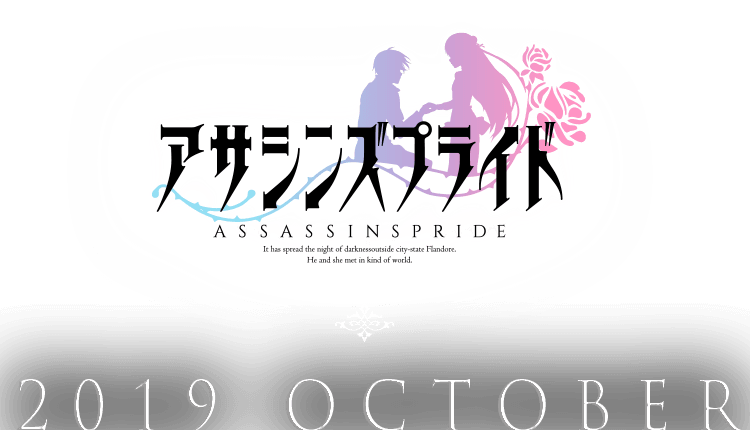 ASSASSINS PRIDE is a Japanese fantasy light novel series written by Kei Amagi and illustrated by Nino Ninomoto (Ninomotonino).
KADOKAWA has published the novel series under Fantasia Bunko and sold 400,000 copies since January 2016. The story is that Kufa Vampir, the main protagonist of Assassin’s Pride faces off against the dark side of his task assassinating Melida. He and Melida fighting their fate together.

The story takes place in the world where only aristocrats have the mana to fight the monsters.
Even though Merida Angel was born in an aristocracy and studies at an academy developing mana users, she has no mana. To find her talent for mana, Kufa Vanpiel was sent to be her tutor but at the same time, he was ordered to assassinate her if she has no talent for mana. He makes a cruel decision to assassinate her because he thinks that it is a wasted effort that people who have not any mana are working hard in this world… However, he asks her, “Do you want to try to entrust your life to me?” He is not as an assassin nor a tutor. He is someone betting on his pride as an assassin tutor, to show the world what Melida is capable of!